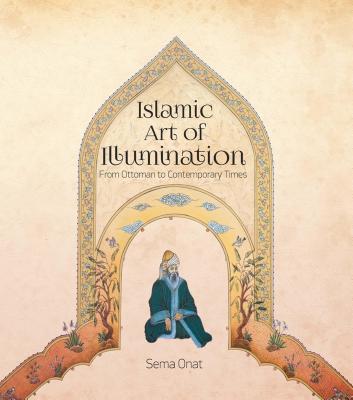 
Email or call for price.
Islamic Art of Illumination presents an amazing mixture of classical Turkish illumination patterns and their contemporary interpretations. It illustrates how illumination, also known as the art of tezhip, was applied to various articles during the Ottoman period, including pictures, royal edicts and insignia, tiles, chests, gun holsters, shields, and even costumes prepared for the Sultan and his family. It also shows how today illumination has extensively been applied on architectural surfaces, book covers, manuscripts, carpets, textiles, ceramics, glass and wood panels, and metal works. The author, a prominent illumination artist, displays her incredible pieces of art, skillfully swirling her imagination together with classical Turkish Islamic patterns of illumination. In richly illuminated designs using motifs such as buds and roses, as well as stylized and naturalistic flowers, she exhibits all of the geometrical, foliate, and floral patterns used in the art. She also takes a closer look at making illumination designs and using various application techniques, and she shows all of the steps used to make illumination. This book is for all those seeking to explore the rich history and profundity of the Islamic art of illumination, and its use from Ottoman to contemporary times.
Sema Onat earned her illumination diploma after being trained for many years in the art of Turkish illumination. Focusing on drawing techniques, illumination motifs, floral ornamentation, and miniatures, Onat completed her specialty courses in 2009. She now gives illumination lessons from her workshops in Istanbul. She has organized various projects with her students, and has participated in many exhibitions, both domestically and abroad. Her works have also been displayed in many private collections, and she has received several prestigious awards in classical illumination and miniature arts, including accreditation from the Turkish Ministry of Culture as an official artist, which is given to select individuals of outstanding achievement in art.