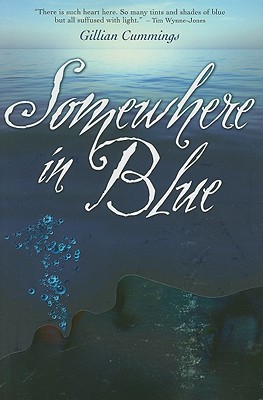 Sandy Rawlins is sixteen years old. Her father--her best friend--dies of cancer. She immediately begins to unravel, and yet her mother, mysteriously, is not grieving. Sandy doesn't want to be a burden on her friend--she has her own problems, buried under her bar-hopping cougar of a mom. The boy next door--always a friend, but now perhaps something more--wants to be there for her, but is it already too late? Sandy Rawlins is sixteen years old and has lost a part of her soul. The aching sadness pulls her a little further away each day.

Readers will be captivated by the dramatic lives of Sandy Rawlins, her friend Lennie Finn and their two very different mothers. Set in contemporary Toronto, this is a story of intense loss and of reaching out for connections. It reveals four women struggling with their independence, their relationships and each other. The manuscript for "Somewhere in Blue" was singled out by Governor General's Award winner Tim Wynne-Jones for an award of distinction at the Humber School for Writers. Gillian Cummings emigrated from Scotland with her family at a young age, and grew up in Toronto, Ontario, the city she still calls home. After earning her B.A. in Music and an M.A. in Journalism, she worked as a music critic for the London Free Press. She has held editing positions with two Toronto magazines, worked in television production, and has written extensively for magazines such as Canadian Living and Style at Home. Somewhere in Blue is her first novel.