Arab Worlds Beyond the Middle East and North Africa (Hardcover) 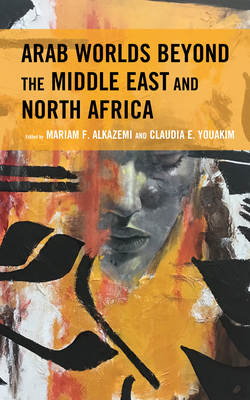 Arab Worlds Beyond the Middle East and North Africa (Hardcover)


NOT IN STORE will arrive EARLY 2022
Just like people around the world have done for generations, Arab people from the Middle East and North African (MENA) region have immigrated to various nations around the world. A number of 'push' factors account for why groups have left their homeland and 'pulled' to another nation to settle. The history and patterns of Arab migration out of the MENA illustrates the wide array of reasons for these patterns, primarily illustrating that mass emigration and settlement are highly linked to a number of factors, including social, political, economic, familial climates of each nation-state and its policies. If it is one takeaway that this edited volume brings to light, it is that the Arab MENA does not only include a diverse population within each nation-state it also illustrates the ways in which their settlement in new nations have contributed to their own identity development patterns, their communities, and that of their new nation-state. This book celebrates the achievements and acknowledges the challenges of the new communities that Arabs have built around the world. It shows examples of societies that have embraced the Arab diaspora as well as examples of sidelining these communities. These examples come from a number of subject areas, from music to international affairs. The examples are both contemporary and historical, authored by individuals with a diverse set of disciplinary lenses and professional training. This book is meant to fill a gap in the literature as it expands on the understanding of Arab communities to inform and inspire a more nuanced, inclusive approach to the study of the Arab diaspora. It does so by revealing untold stories that challenge stereotypes to push for more inclusive media representation of Arab identity and its development in various regions of the world.
Mariam F. Alkazemi is assistant professor at the Robertson School of Media and Culture at Virginia Commonwealth University (VCU). Claudia E. Youakim is Deputy Director of Knowledge Management and Research at the Center for Inclusive Business and Leadership in the Olayan School of Business at the American University of Beirut.