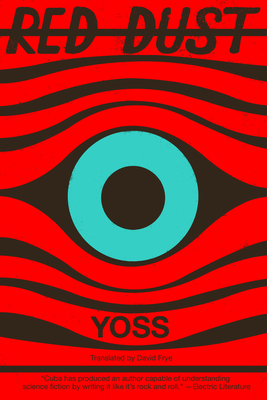 By Yoss, David Frye (Translated by)


Should Be On Our Shelves Now! If you need multiple copies, please call or text us
Born José Miguel Sánchez Gómez, Yoss assumed his pen name in 1988, when he won the Premio David in the science fiction category for Timshel. Together with his peculiar pseudonym, the author's aesthetic of an impentinent rocker has allowed him to stand out amongst his fellow Cuban writers. Earning a degree in Biology in 1991, he went on to graduate from the first ever course on Narrative Techniques at the Onelio Jorge Cardoso Center of Literary Training, in the year 1999. Today, Yoss writes both realistic and science fiction works. Alongside these novels, the author produces essays, reviews, and compilations, and actively promotes the Cuban science fiction literary workshops, Espiral and Espacio Abierto.

When he isn’t translating, David Frye teaches Latin American culture and society at the University of Michigan. Translations include First New Chronicle and Good Government by Guaman Poma de Ayala (Peru, 1615); The Mangy Parrot by José Joaquín Fernandez de Lizardi (Mexico, 1816), for which he received a National Endowment for the Arts Fellowship; Writing Across Cultures: Narrative Transculturation in Latin America by Ángel Rama (Uruguay, 1982); and several Cuban and Spanish novels and poems.