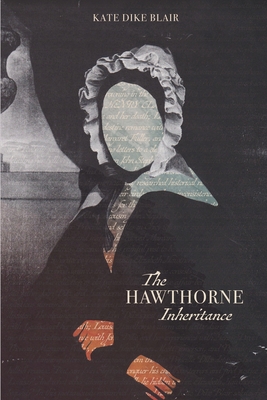 Author Nathaniel Hawthorne's sister Louisa drowns in 1852. But was it really an accident?

In 1830, Nathaniel Hawthorne's cousin John Stephens Dike flees Massachusetts and his abusive stepmother Priscilla and settles in Ohio, where he expands his uncle's successful Grocery Emporium and marries his beloved Margaretta. Haunted only by occasional debilitating headaches, he considers his painful past to be safely behind him until in 1883 an unexpected inheritance from his cousin Elizabeth Hawthorne brings John Stephens' nightmarish boyhood again to the fore.

The inheritance consists of a crate of shabby furniture and a collection of old papers detailing the love affair between John Stephen's late father John Dike and Hawthorne's younger sister, Louisa. But it also raises some questions surrounding Louisa's drowning in the 1852 Henry Clay steamship disaster. The documents include John Dike's post mortem treatise regarding his affair with Louisa and her death; Louisa Hawthorne's warm and witty diary entries celebrating the clandestine romance with John Dike and her experiences with Henry David Thoreau, Margaret Fuller, and the Hawthorne, Alcott, Emerson, and Peabody families; and damning letters to a clergyman from the late Priscilla Dike detailing her hellish revenge.

But can John Stephens conquer his childhood terrors and find justice for Louisa? And what other literary bombshells lie hidden within Elizabeth Hawthorne's bequest? In this meticulously researched historical novel, Kate Dike Blair salutes her Hawthorne cousins and their circles, explores inconsistencies in the Henry Clay accident inquest, and chronicles for the ages John's and Louisa's star-crossed romance.

Kate Dike Blair grew up in The Vermont Book Shop in Middlebury, Vermont. She fondly remembers at the age of four, hiding under the best-sellers table and guessing customers’ identities by their shoes, at twelve, spending Sunday mornings reading Little Women while her father and genial proprietor Dike Blair processed special orders (no Internet!), and lunching with Robert Frost.