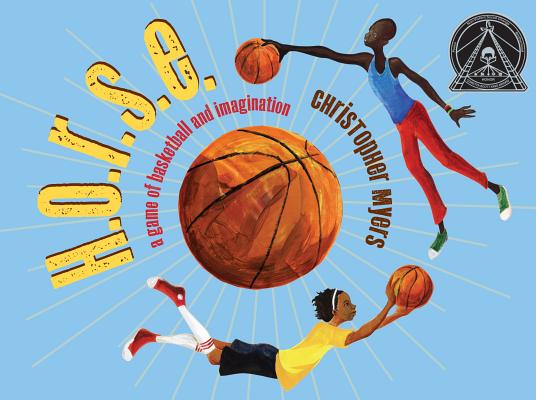 One day at the basketball court, two kids, a familiar challenge--H.O.R.S.E.? But this isn't your grandmother's game of hoops. Not when a layup from the other side of the court, standing on one foot, with your eyes closed is just the warm-up.

Around the neighborhood, around the world, off Saturn's rings . . . the pair goes back and forth. The game is as much about skill as it is about imagination.

A slam dunk from award-winning author and illustrator Christopher Myers, H.O.R.S.E. is a celebration of the sport of basketball, the art of trash-talking, and the idea that what's possible is bounded only by what you can dream.

Like the ballplayers in this book, Christopher Myers defies gravity every chance he can get. Their imagination took them into outer space; his has taken him from Harlem during its Renaissance in "Harlem: A Poem," written by Walter Dean Myers, to vibrant city streets in "Black Cat," from the bounds of Earth with "Wing" and "Fly!" and into a fiercely fought basketball game in "Jabberwocky," by Lewis Carroll.

When he isn t working, Christopher plays touch football with a bunch of other artists in Brooklyn, New York."