A Woman's Worth (Mass Market) 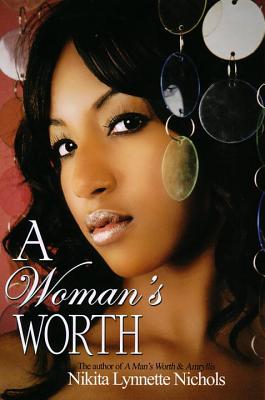 A Woman's Worth (Mass Market)


Email or call for price.
If 28-year-old Monique Morrison had only one wish, it would be to fall in love with a man sent from God; a man who will cherish her forever. But Monique makes a huge mistake when she chooses to help herself. Going against her Christian values, she decides to play house and move in with her musician boyfriend, Boris Cortland. Boris is in no hurry to get to the altar now that Monique has already signed on to play the role of a wife.
Though she's in church Sunday after Sunday, praying for God to touch Boris's heart and turn him from his wicked ways, it seems Monique's pleas are going unanswered. Suffering from neglect, rejection, and plenty of verbal abuse, Monique has all but given up on her dream of a relationship that represents unconditional love; that is, until Adonis Cortland moves in and does for Monique all of the things that Boris won't do. Could Boris's own cousin be the man Monique had been seeking?

"This book is profound yet enlightening. The characters are believable and unique. The storyline is entertaining, and the readers of the book should definitely walk away examining their own lives and how their lives affect others."
--Pastor Ricky Harris of Alpha and Omega Baptist Church in Chicago, Illinois
Nikita Lynnette Nichols is a Chicago native. Her debut novel, A Man's Worth, was released in 2008 and made it to the Black Expressions bestseller list. In August 2012 another of her titles, Lady Elect, was nominated for Best Christian Fiction Book of the Year by the African American Literary Awards. Nichols became an award-winning screenplay writer in June 2013 when Lady Elect was a finalist for the Beverly Hills International Film Festival, and in August 2013 when Lady Elect was placed among the finalists in the screenplay category for the Moondance Screenplay Competition.