Tatterhood: Feminist Folktales from Around the World (Hardcover) 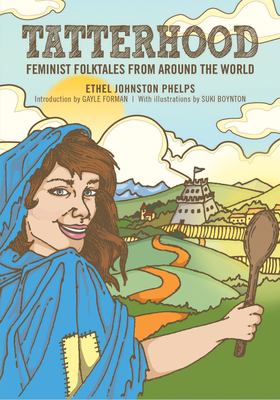 Tatterhood: Feminist Folktales from Around the World (Hardcover)

This is book number 1 in the Feminist Folktales series.

Passed down through generations, these classic folk tales remind us that girls around the world have always been the heroes of their own stories.From Japan to Norway, Scotland to Sudan, Tatterhood brings readers twelve folk tales--and twelve women whose cunning, hard work, and physical strength are celebrated in each story. A family of three women teaches a burly man how to wrestle, a girl battles a fearsome bear, and a young mother rescues her village from an elephant's stomach. In every story, Tatterhood highlights the power of folklore and fairytales to hold up a mirror to our own humanity, reflecting back a glittering myriad of ways to be a hero, and to be a woman.Feminist Folktales is a four-volume series of folklore showcasing traditional stories from around the world with courageous and heroic girls at the center of every tale. Often having existed only as oral histories, Ethel Johnston Phelps collected and anthologized these tales into two volumes, Tatterhood and The Maid of the North. This series features Phelps's stories set against new illustrations, with introductions reflecting the enduring cultural significance of these folktales in the present day.

Ethel Johnston Phelps (1914-1984) held a master's degree in Medieval Literature, co-edited a Ricardian journal, and published several articles on fifteenth-century subjects. She compiled two anthologies of feminist folk tales from around the world, Tatterhood and The Maid of the North.