My Battles with Vice (Paperback) 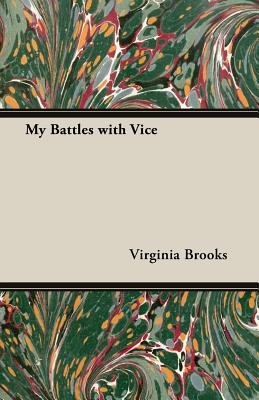 My Battles with Vice (Paperback)

"My Battles with Vice" is a 1914 work by Virginia Brooks. This insightful volume speaks of the women caught-up in prostitution and how it impacted the lives of those from the past. Brooks held a strong passion for helping others, especially when she could see people profiting from those without a voice. A great read for those interested in a woman's narrative of history and historic American lives. Contents include: "A Mother's Request", "I Find Work as a Waitress", "I Become a Clerk", "The First Clew", "Nellie Daly's Meal Ticket", "Bull Tevis", "At the Caf Sinister", "What Happened to Maizie", "The Trail of Watchful Johnny", "Her Retrospection", "Queer Fish in the Depths", "Trefalka and Steve", "The Scarlet Wedding Dress", etc. Virginia Brooks (1886 - 1929), was a political reformer and suffragette in the Chicago and Indiana regions during the early 1900s. Known as the "Joan of Arc" of West Hammond for her efforts against crime, vices and corruption. She wrote one other book called "Little Lost Sister" (1914). Brooks was close friends with Ida B. Wells, also a suffragist and leader in the Civil Rights Movement. Together they formed the Alpha Suffrage Club, dedicated to allowing anyone of race to march and speak up for a women's right to vote.