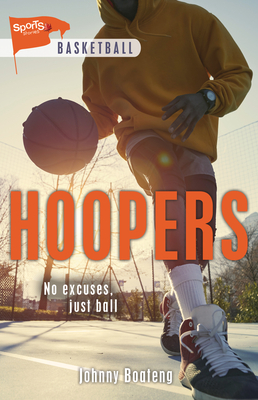 Hoopers is about a Black youth who wants to live the basketball dream of fame and acclaim. Jojo and his friends know that once they make their high-school team, they will have the time of their lives. But their no-nonsense coach is strict, even mean, and seems to repeatedly target Jojo.

Emphasizing the real qualities of hard work and dedication, Hoopers shows how Jojo learns how to be a skilled player and leader for his team--a real Hooper.

JOHN BOATENG played division basketball in Indiana and at Simon Fraser University, and has won the BC basketball provincial championship as both a player and a coach. He founded the Dream Hoops Basketball Academy and serves as a mentor for disadvantaged youth. He is the author of Hustle, which was named a Canadian Children's Book Centre Best Books for Kids & Teens, and Two Strikes in the Sports Stories series. John lives in Vancouver, British Columbia.