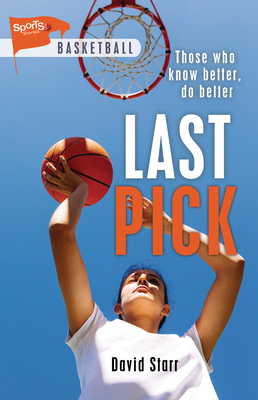 Growing up with a developmental condition that left her clumsy in both movement and speech, Jazz was teased and never had the chance to play team sports. Now rid of her symptoms, Jazz is ready to play basketball at her junior high, but the reappearance of an old bully makes her question herself and tempts her to let down the team that is counting on her. Last Pick emphasizes teamwork and countering bullying with fairness and forgiveness and how determination can help overcome obstacles.

DAVID STARR is the principal of Terry Fox Secondary School in Port Coquitlam, BC. He is the author of ten books, including the Sports Stories novel Empty Net as well as Golden Goal and Golden Game in Lorimer's Soccer United: Team Refugee series of sports novels. David lives in Coquitlam, BC.