Why Does He Do That?: Inside the Minds of Angry and Controlling Men (MP3 CD) 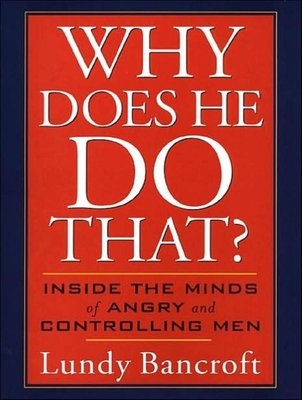 Why Does He Do That?: Inside the Minds of Angry and Controlling Men (MP3 CD)


Email or call for price.
He says he loves you. So...why does he do that? You've asked yourself this question again and again. Now you have the chance to see inside the minds of angry and controlling men-and to change your life. In this groundbreaking book, a counselor who specializes in working with abusive men shows you how to improve, survive, or leave an abusive relationship. You will learn about: -The early warning signs -Ten abusive personality types -The role of drugs and alcohol -What you can fix, and what you can't -How to get out of a relationship safely.
Lundy Bancroft is one of the world's foremost experts on domestic abuse and a former codirector at Emerge, the nation's first program for abusive men.

A veteran of stage and screen, Peter Berkrot held feature roles in "Caddyshack" and Showtime's "Brotherhood." He has recorded over 170 audiobooks, over 100 for children; has been nominated for an Audie Award; and has received a number of "AudioFile" Earphones Awards and starred reviews.

"This is essential reading for those in the helping professions and highly recommended for all libraries, especially those in communities with emergency shelter programs." ---Library Journal Starred Review