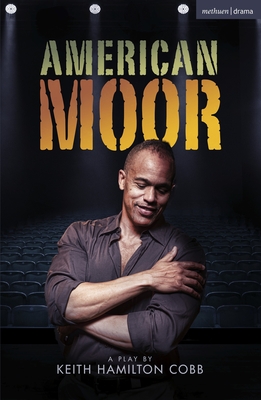 Keith Hamilton Cobb embarks on a poetic exploration that examines the experience and perspective of black men in America through the metaphor of Shakespeare's character Othello, offering up a host of insights that are by turns introspective and indicting, difficult and deeply moving. American Moor is a play about race in America, but it is also a play about who gets to make art, who gets to play Shakespeare, about whose lives and perspectives matter, about actors and acting, and about the nature of unadulterated love. American Moor has been seen across America, including a successful run off-Broadway in 2019. This edition features an introduction by Professor Kim F. Hall, Barnard College.
Keith Hamilton Cobb has spent the majority of his working life on stage and is readily recognized on the streets of New York for several unique character portrayals in television. He is a graduate of NYU's Tisch School of the Arts with a BFA in acting, whose regional theatre credits include such prestigious venues as The Actors Theatre of Louisville, The Shakespeare Theatre of Washington DC, The Denver Theatre Center, The Huntington Theatre Company, The Orlando Shakespeare Festival, The Geva Theatre Center and many others. He has performed such classical roles as Laertes in Hamlet, Tybalt in Romeo and Juliet, Tullus Aufidius in Coriolanus, Oberon in A Midsummer Night's Dream, as well as more contemporary roles in David Mamet's Race, August Wilson's Jitney, and Lynn Nottage's Ruined to name but a few.