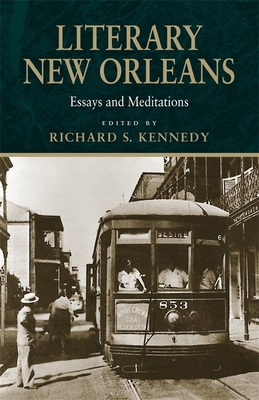 This is an altogether engaging collection of ruminations on early New Orleans writers -- George Washington Cable, Grace King, Lafcadio Hearn, and Kate Chopin -- as well as three prolific twentieth-century authors who called the Crescent City home at various times: William Faulkner, Tennessee Williams, and Walker Percy. In the book's final essay, Lewis P. Simpson reflects on the history of New Orleans as a literary center, giving special emphasis to Percy's The Moviegoer and John Kennedy Toole's A Confederacy of Dunces.

Richard S. Kennedy (1920--2002) was the author of Dreams in the Mirror: A Biography of e. e. Cummings and The Window of Memory: A Literary Biography of Thomas Wolfe. He also edited the collection Literary New Orleans in the Modern World. He was a professor emeritus of English at Temple University in Philadelphia.