The Secret History of Mermaids and Creatures of the Deep (Hardcover) 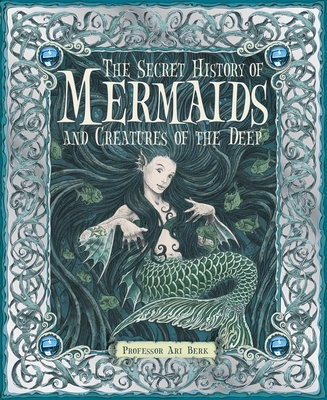 The Secret History of Mermaids and Creatures of the Deep (Hardcover)


Email or call for price.
From the loremaster who brought us The Secret History of Giants comes an intriguing chronicle revealing the mysterious ways of merfolk.

Since ancient times, seafarers and coast-dwellers the world over have reported encounters with merpeople. Variously known as Finfolk, Dinny Mara, Nereids, Blue Men, and Merrymaids, merfolk have been the source of both gifts and disasters for humankind. This lavishly illustrated resource offers insight into the lives, origins, language, and magic of these elusive peoples. Like a siren’s song, this fascinating tome is sure to enthrall all who fall under its spell. Special features include:
— paper novelties — including sundry flaps, booklets, and gatefolds
— a lavish cover with foil, embossing, and glittery jewels
— an elegant tassel dangling from the spine
Ari Berk is a writer, visual artist, and scholar of literature, folklore, and myth. He has written everything from academic works on ancient cultures to popular books about myths for children and adults. A professor at Central Michigan University, Ari Berk has traveled widely and made friends (aquatic and otherwise) in many parts of the world.