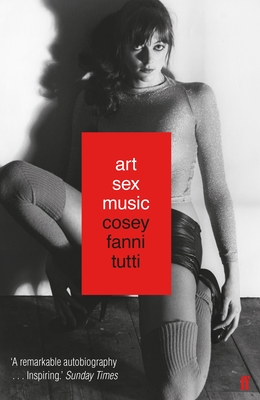 
Should Be On Our Shelves Now! If you need multiple copies, please call or text us
ROUGH TRADE AND PITCHFORK MUSIC BOOK OF THE YEAR Musician and artist Cosey Fanni Tutti has continually challenged boundaries and conventions for four decades. As a founding member of the hugely influential avant-garde band Throbbing Gristle, as one half of electronic pioneers Chris and Cosey, and as an artist channelling her experience in pornographic modelling and striptease, her work on the margins has come to reshape the mainstream. Shocking, wise and life-affirming, Art Sex Music is the fascinating memoir of an inspirational woman.
Cosey Fanni Tutti began her career in 1969. She is a hugely respected artist and musician, known for her performance art, her work in the sex industry, as co -founder of Throbbing Gristle, and her pioneering electronic music as half of Chris & Cosey and Carter Tutti.