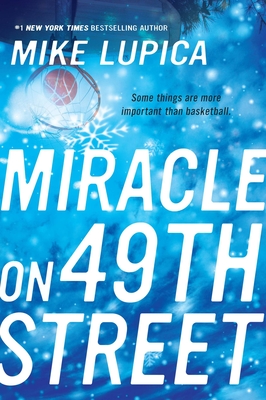 
Email or call for price.
From the #1 New York Times bestselling author of Heat, Travel Team and Million-Dollar Throw.

Josh Cameron is MVP of the championship Boston Celtics and a media darling with a spotless reputation. He has it all . . . including a daughter he never knew. When twelve-year-old Molly Parker arrives in his life, claiming to be his daughter, she catches him off guard. Molly says her mom, Jen, revealed his identity before losing her battle with cancer. Josh isn't so sure about this girl—she must be trying to scam him for his money. Still, there's something about Molly that reminds him so much of Jen. But as Molly gets to know the real Josh, the one the camera never sees, she starts to understand why her mother never wanted her to know her dad. Josh has room in his heart for only two things: basketball and himself. Does Molly really want this man for a father? Together, these two strangers learn that sometimes, for things to end up the way you want them to, you have to fire up a prayer at the buzzer and hope it goes in.
Mike Lupica is the author of multiple bestselling books for young readers, including QB 1, Heat, Travel Team, Million-Dollar Throw, and The Underdogs. He has carved out a niche as the sporting world’s finest storyteller. Mike lives in Connecticut with his wife and their four children. When not writing novels, Mike Lupica writes for New York's Daily News, appears on ESPN's The Sports Reporters and hosts The Mike Lupica Show on ESPN Radio. You can visit Mike Lupica at mikelupicabooks.com

Lupica delivers a winning novel, creating a realistic character in Molly by authentically capturing both her fragility and pluck. (Booklist)