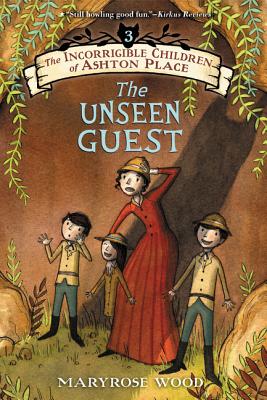 This is book number 3 in the Incorrigible Children of Ashton Place series.

The third book in the Incorrigible Children of Ashton Place—the acclaimed and hilarious Victorian mystery series by Maryrose Wood, perfect for fans of Lemony Snicket and Trenton Lee Stewart—has a brand-new look.

Since returning from London, the three Incorrigible children and their plucky governess, Miss Penelope Lumley, have been exceedingly busy. When Lord Fredrick's long-absent mother arrives with the noted explorer, Admiral Faucet, gruesome secrets tumble out of the Ashton family tree. And when the Admiral's prized racing ostrich gets loose in the forest, it will take all the Incorrigibles' skills to find her.

The hunt for the runaway ostrich is on. But Penelope is worried. Once back in the wild, will the children forget about books and poetry, and go back to their howling, wolfish ways? What if they never want to come back to Ashton Place at all?