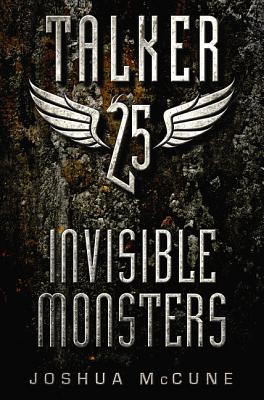 This is book number 2 in the Talker 25 series.

In this sequel to Talker 25, which Publishers Weekly said “packs a significant punch,” Joshua McCune once again keeps readers on the edge of their seats with a gritty and masterful reimagining of popular dragon fantasy set in a militant future.

Set in a not-too-distant future where dragon wars have shaped society, the battle between the dragon resistance and government forces escalates in Joshua McCune’s thrilling and heart-pounding sequel to Talker 25, which The Horn Book praised as “absolutely gripping and absolutely horrifying.” Finally free after spending three months locked in a secret government facility, where she was forced to torture and assassinate dragons for the popular television series Kissing Dragons, all Melissa Callahan wants is a quiet recovery. Hiding in an Alaskan cave with fellow escapee Allie (known as Talker 21), Melissa does her best to stay out of the dragon politics. However, when a group of rebels called the Diocletians discovers their hideout and captures Allie, Melissa soon realizes she must finally choose who she’s fighting for—the humans or the dragons.

Joshua McCune was born on a navy base in Rio de Janeiro, Brazil. He grew up in London and Washington, D.C., went to college in Texas, and got married in New Zealand. He worked as a telemarketer, an SAT instructor, and a robotics engineer before becoming an author. He currently lives in San Antonio, Texas, with his family, writing stories of people and places just beyond the reach of planes, trains, and automobiles (but not dragons).